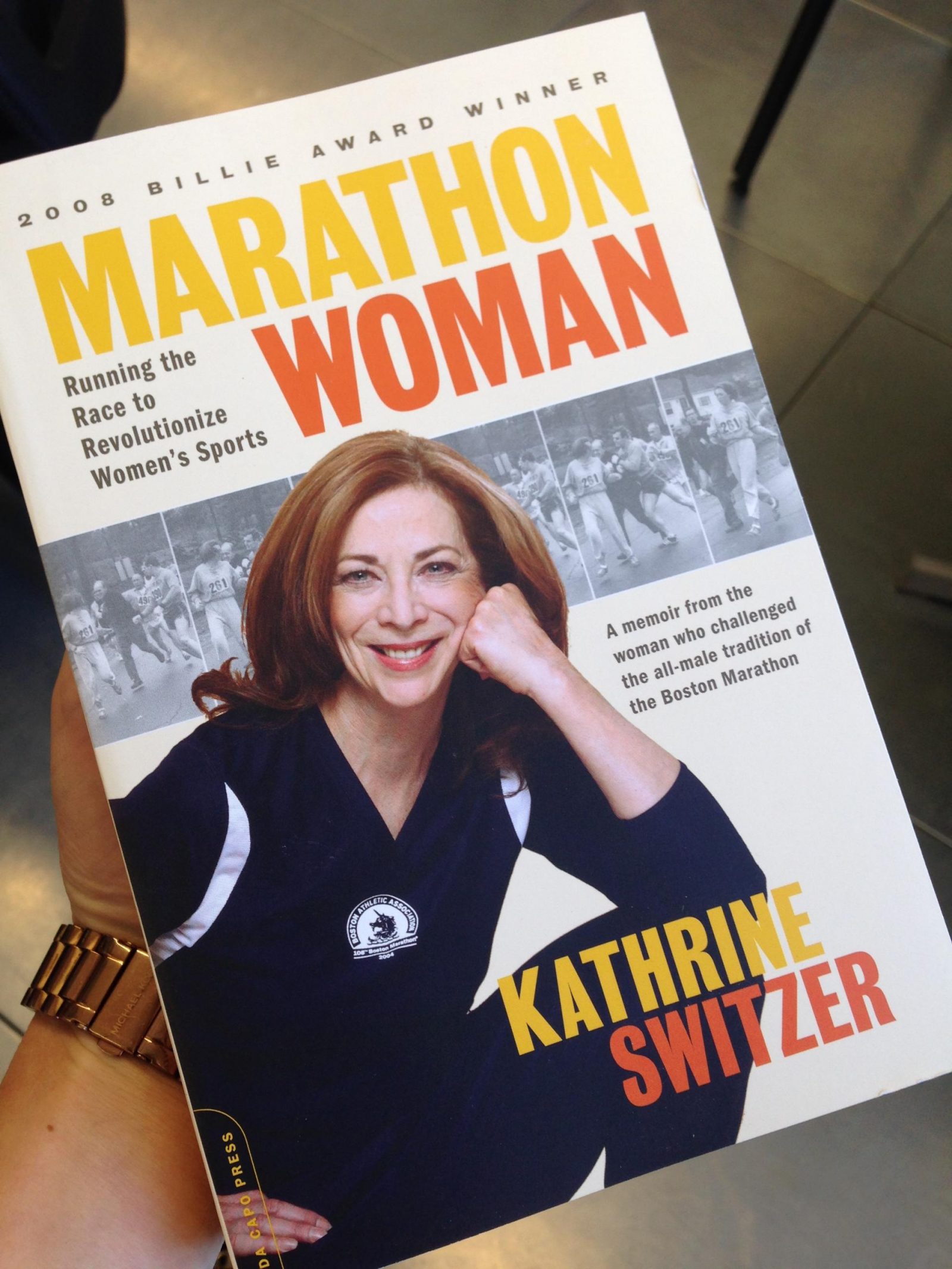 Dare I say that this was the best book I’ve ever read? Is that excessive? As an English major, this is a lofty claim. I’ve read books by such acclaimed and celebrated authors as Jane Austen, James Joyce, George Eliot and Mary Shelley to name a few. I’ve read the entire works of William Shakespeare, the Lord of the Rings trilogy, The Chronicles of Narnia, and yet, I still feel like this might be one of the best books I’ve ever read. Certainly, it was one of the best non-fiction books I’ve ever read.

Marathon Woman is the story of Kathrine Switzer, the first woman ever to run the Boston Marathon back in 1967 as a registered participant. Registering as K.V Switzer completely innocently, she snuck past race officials and was granted an official place – a big no-no during the time of the all-male tradition of the Boston Marathon. At the time, people truly believed that if a woman exercised or ran too much their uterus might actually fall out! They thought that running would make women more masculine, or worse, a lesbian! As a result, women’s running was not a thing. And that race, with Katrine Switzer as number 261 changed history.

You may have seen this iconic series of images: 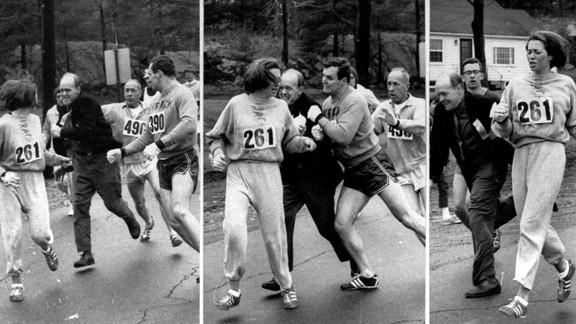 The series of images that started it all…

That bald guy is Jock Semple, a Boston Marathon race official, trying to physically remove Kathrine from the race once he spotted that she was not a man. This set of pictures was the start of something monumental for women’s running.

Kathrine Switzer went on to improve her marathon time of 4:30 in that first race, to under 3 hours, with a personal best of 2:57:37 in Boston in 1975. She was the women’s winner in the New York City Marathon in 1974. In fact, her margin of victory was (and may still be) considered the largest in the race’s history.

But she wasn’t just an inspiring and amazing runner. She was revolutionary. She changed the face of women’s running and worked tirelessly through her career to drive awareness for women’s sports. She was one of the leading voices to get the women’s marathon included in the Olympics and the book culminates with this incredible achievement in 1984. And beyond her contributions to women’s running, she also helped shape races into the events we know and love today. She organized a series of races for Avon all over the world and developed detailed race management plans and strategies – many of which are commonplace today. In 2011, she was inducted into the National Women’s Hall of Fame for creating a social revolution by empowering women around the world through running.

Ever since she was young, she talked about running as her “secret weapon.” As a girl, she ran 1 mile a day as secret prep for her field hockey practice, believing the extra stamina and strength gave her an edge over her peers and competitors. She was right, but beyond that, it gave her confidence and a feeling of power that she wanted to share with the world. She said that “…the marathon in particular gives you strength and determination in all areas of your life, not just running.” It is absolutely and totally true. I’m sure anyone who runs can agree with that.

There were so many times in the book where I was smiling and nodding along with her relatable stories. She talks at length about her early days of training and racing, especially as she trained to break her sub 3 hour barrier. Like me, she sometimes runs when she’s mad as a way of stress relief. Describing one memorable run, she said: “I could feel my anger dissipating as the miles went by – you can’t run and stay mad!” There were also times where she said things that I have literally said myself like if you want to run a marathon you have to “…make the commitment. You can’t mess with the marathon.” She also talked about relatable running truths like the fact that after a race 10 runners will have 100 different stories or that in a course that repeats the same route multiple times, “it’s never the last lap that’s hard. It’s the interminable lap about halfway.”

I love stories of empowering women challenging the norm and succeeding. I love stories of underdog runners or athletes training hard and accomplishing their goals. I love that Kathrine Switzer paved the way for women’s running, something I generally take for granted. Today, in fact, I read an article from the London Marathon saying that of the record 253,930 people who entered this year’s ballot, there is virtually a 50/50 split between men and women. In 1981, there were just 300 women registered in the London Marathon. And at the time Kathrine Switzer ran the Boston Marathon, there were none. Thanks to great athletes and hard-working visionaries like Kathrine Switzer, we sure have come a long way since 1967!

Anyone else feel like signing up for a marathon and kicking some ass now?