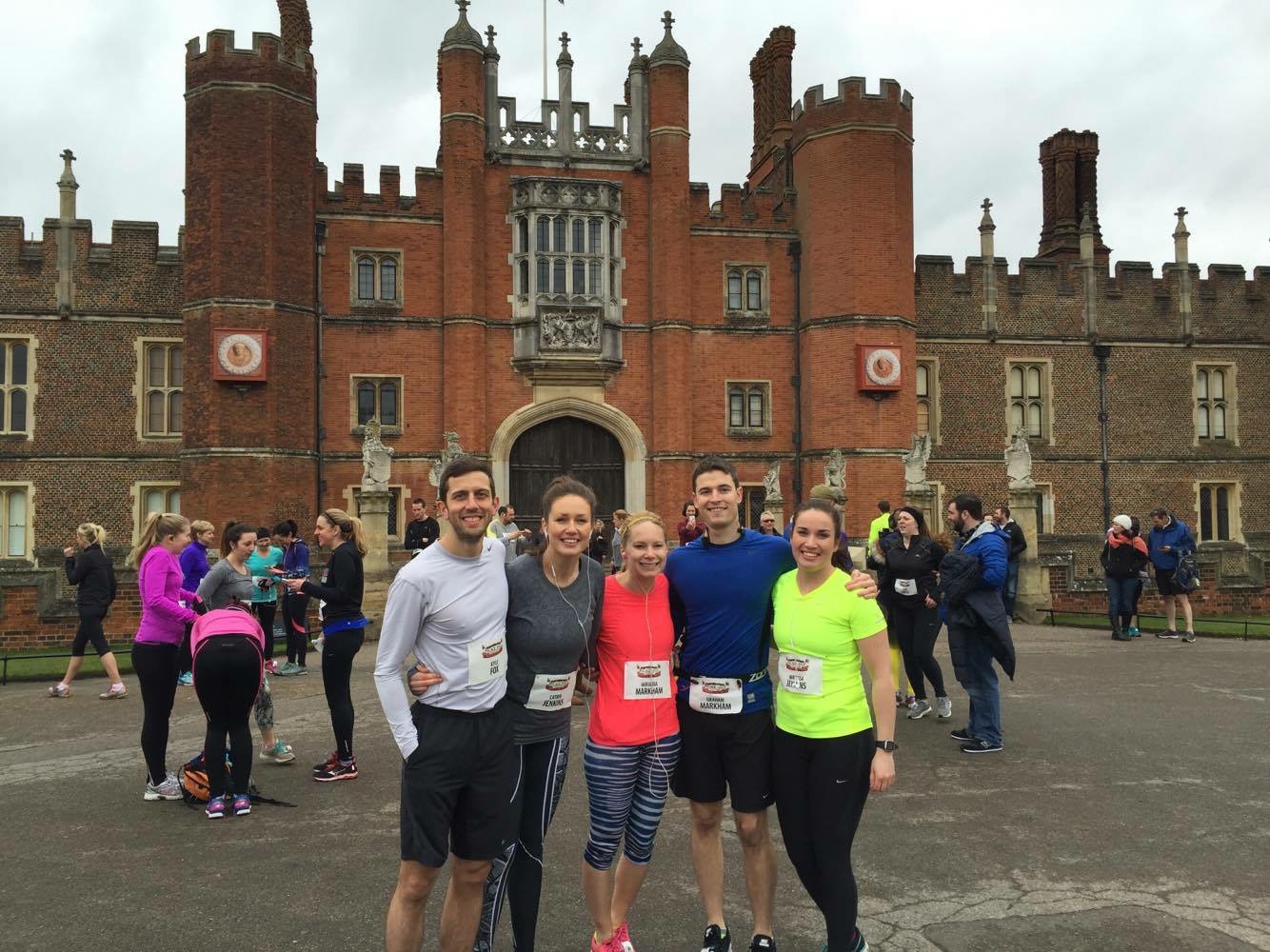 On Sunday, I ran my 6th half marathon at the lovely Hampton Court Palace. After a weekend of resting and TV watching, and weeks of good training, I was feeling cautiously optimistic about beating my half marathon PB set in 2012 of 1:59:23. But as we ate breakfast and started on the looong journey to the starting line, I vowed not to be disappointed, no matter what my time was.

Turns out Hampton Court Palace is really far away from where we live. We took an Uber and it still took more than an hour to get there. Luckily, we left nice and early and got there with plenty of time.

The sun was not shining and it was feeling rather chilly for the first day of Spring but it was perfect for running: cool and overcast but with no rain in the forecast. The race started in front of the iconic Great Gatehouse, a popular tourist destination. Hampton Palace is one of the only two surviving palaces that King Henry VIII owned but has not been inhabited by anyone royal since the 18th century. Despite the grandiose start, the race route was definitely not as palatial as I was expecting. I was anticipating running through royal gardens and around lovely gated walls and fountains. In actuality, we ran along the Thames, through narrow paths and city streets. It was definitely a lovely route, but not what I was expecting at all.

I knew I had to maintain a pace of minimally 5:40/km to beat my goal. I started off faster and maintained it for the first 10 miles, just to give myself a buffer. I started to slow a bit around mile 11, but gave myself a mental pep talk and picked up the pace again until the end. In fact, my last couple of kilometres were my fastest. It was one of those lovely (or irritating) finishes where you can see the finish line while you still have more than a kilometre to go. It’s great, because it gives you a little boost, but sometimes bad because you empty the tank way sooner than you should.

I was banking on my increased lung power through several weeks of swimming to help power me to a new PB. And it paid off. I ran a fantastic race, felt strong throughout, and crossed the finish line in a triumphant 1:57:49, smashing my PB by more than 90 seconds! In fact, I apparently sprinted across the finish line with such ferocity that Graham couldn’t even snap a pic. I checked my time on my watch and shouted, “YES!!!” A record from 2012 was finally broken. Who says you don’t get better with age?

We ran with a great group of friends, all super star athletes who all finished in sub-2 hours. Graham also smashed his PB and finished in 1:53:10! After the race, we picked up our medal (a massive piece of hardware), our race t-shirt (with a giant King Henry the VIII on the back) and the standard post-race banana. We walked (slowly) to a nearby pub and enjoyed a delicious and well deserved lunch.

For the rest of Sunday, I basked in our collective awesomeness. We all achieved our goals and it felt great. I am very proud of us.

I now have 4 weeks to consider how I’ll beat this goal in the Rock n’ Roll Half Marathon in Madrid on 24 April. 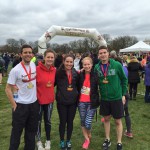 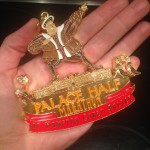 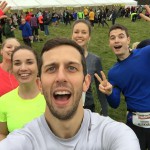 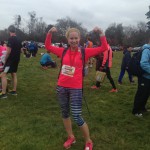 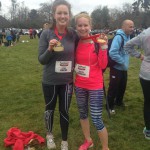 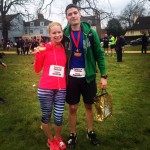 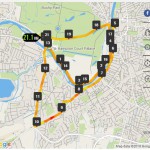