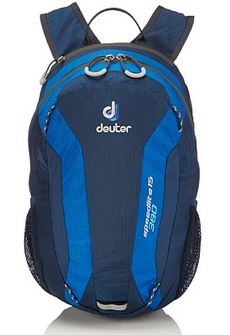 This little beauty can hold two pairs of shoes, all my makeup and a change of clothes. Impressive, right?

A few years ago, I wrote a blog post about run-commuting. At the time, I lived in Toronto, about 6.5K away from my office. Running was by far the best option compared to driving or public transit, and frankly, the most reliable! Add the benefit of exercise, no environmental footprint and no cost, and you have a winning combination to beat the morning rush hour.

Inspired by last week’s Tube Strike here in London, I decided I would try running to my office. Would running to work prove to be the fastest option, even on another continent?

Yup. The answer is a resounding and definitive yes.  I can’t drive here because we no longer have a car, but compared to the tube or bus, which takes about 35 minutes, running was only 20 minutes door-to-door. A mere 3.5K! Because it was so fun and efficient, I decided to not only run to work, but home from work as well.

Reflecting on my blog post from 2013, I realized that I still had yet to buy a proper running backpack. The one I used in 2013 broke and the one I used last week was entirely inappropriate. In fairness, it is a yoga bag, so I’m not sure what I was thinking, but the general glee I felt from the speedy run to work was enough to spur me into action and I ordered a new running backpack on Amazon.

After rigorous research and consultation with a colleague and fellow runner, I landed on the Deuter Speed Lite 15 Backpack in Midnight Ocean. This light little bag is totally deceiving. Despite looking very compact, it can hold a lot of gear. It’s has both a chest and waist strap that keeps it from bouncing around while running and because of how snugly it fit against my back, my pace literally increased by 30 seconds/kilometre compared to the other bag!

I’m totally hooked on the run-commute. A quick Google search tells me I’m not alone. In fact, there’s an annual Run to Work Day each year (I missed it!) and a ton of articles on how to prepare and make it work for you.

Do you run to work? Any pro-tips for making it easy? What backpack do you use?