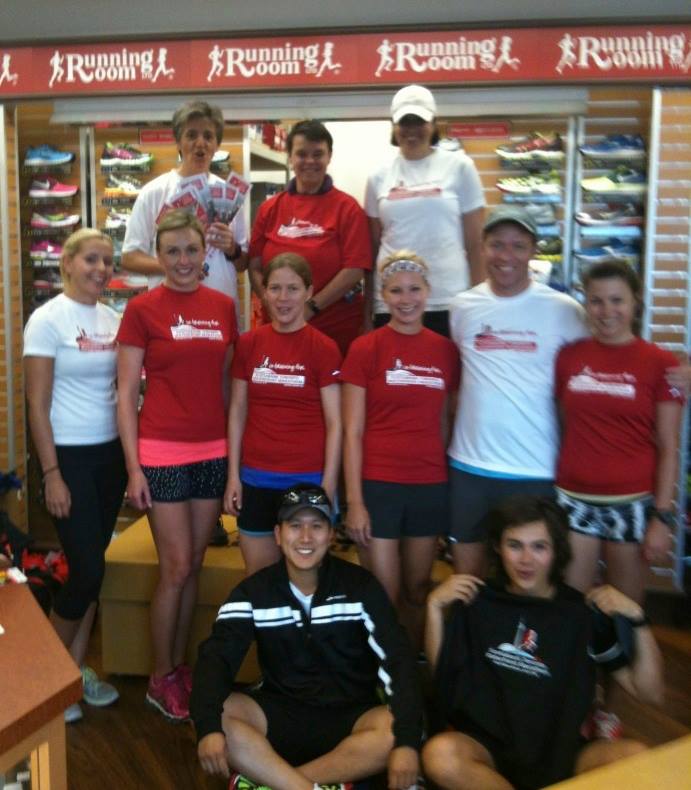 Not the best pic, but this is the awesome Marathon Group at The Liberty Village Running Room!

Training for a marathon is no easy task – especially by yourself. That’s why as soon as I made the decision to run a marathon, I signed up for the Running Room marathon training clinic. The thought of running distances of more than 20K alone made me cringe. I knew I was going to need a group to keep me committed and motivated. Plus, it’s great to be around a group of people that totally get it. We all have a common goal so it’s easy to support each other.

While running is often considered to be the ultimate solo sport, there are some obvious benefits to running with a group:

The other great thing about The Running Room? Our Sunday morning runs are open to anyone! Come join us this weekend – there’s a variety of distances to choose from. For more information about the different training clinics available, check out the details here.

This blog post also appears on the Scotiabank Toronto Waterfront Marathon Digital Champions blog here. Check out other great training stories and advice from my fellow Digital Champions as we train for the big day on October 20!